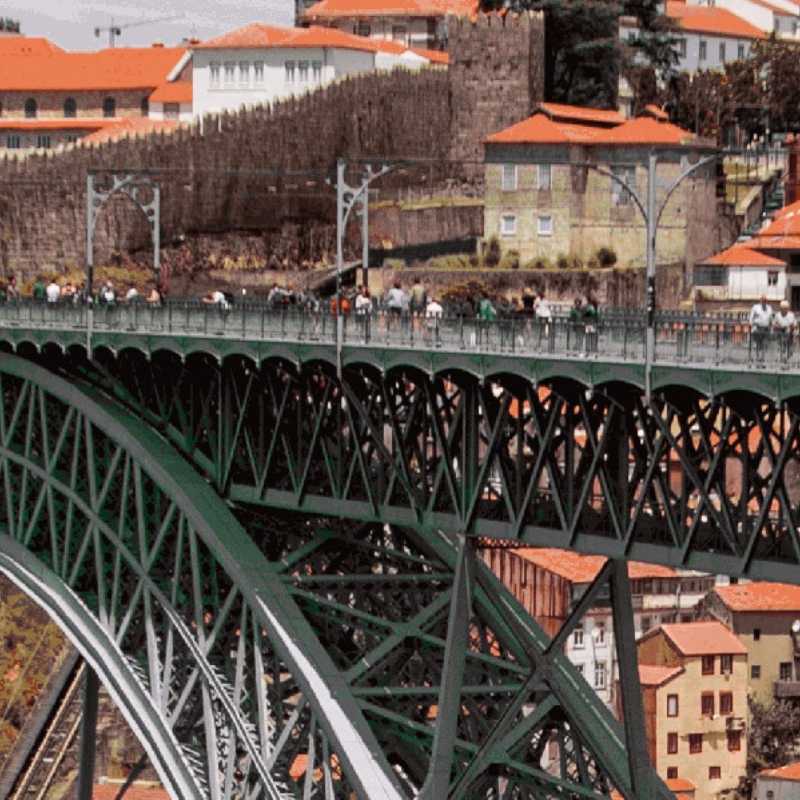 Over the last couple of years there’s been a massive increase in interest for Irish tourists travelling to Portugal. Sure, it’s always been popular, but it suddenly seemed like every second person on Instagram was posting pictures of beautiful tiles in Porto and delicious meals in Lisbon rather than package holidays to the Algarve. Keen to find out for myself what all the fuss is about, I set about organising a city break. 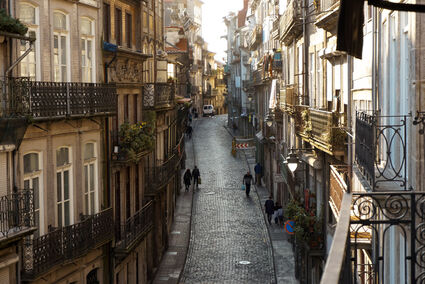 Since I needed to renew my travel insurance, I compared the policy terms from my current provider to SuperValu’s own Travel Insurance and decided to go with SuperValu since everything was the same including price (€75 for an annual worldwide policy or €56 if you just want a European Family policy) but I’d earn an extra 500 points on my Real Rewards account. I’ll never leave the country without travel insurance and find annual policies the best value, even if you take just two trips a year. Luckily, I’ve never needed to use travel insurance for anything serious, but I’ve lost some personal belongings while travelling over the years and been stuck without baggage or had flights cancelled. It’s better to have peace of mind, just in case.

I booked using Expedia via the Real Rewards eShops as I wanted to search for multi city flights, coming home from Lisbon. I couldn’t choose between the two cities, so decided on two nights in each getting the train from one to the other. 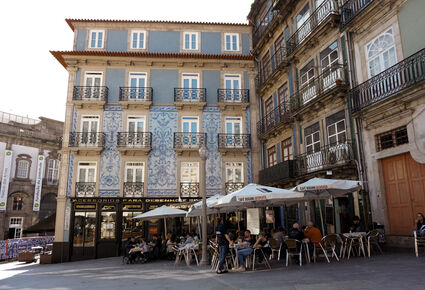 Porto City Guide: Getting around

Uber is one thing that is cheap in Porto. The 20-25 minute journey from the airport cost around €13. You can also take the tram for a few euro, but I’d have had to change lines and still walk a good bit, taking over an hour in total, so I decided jumping in a cab was worth it.

Like on most good city breaks, the best way to get around is walking. Porto is quite hilly, so definitely pack comfortable shoes. 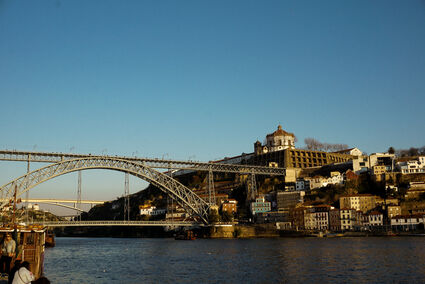 Or you can jump on a river cruise on the Douro, which will also transport you from one side to the other via an hour long sightseeing tour. Tickets are around €15, you can buy them from the stands by the river or any tourist shop and they include a port tasting in Porto Cruz. Arrive early to nab a good seat and feel free to BYOB!

I didn’t travel on it, in fact I didn’t use any other form of transport while in Porto other than walking, but you can take one of three routes on the old tram.

If you’re departing or arriving Porto by train, order an Uber to/from Campanha station where you can get direct rail connections to Lisbon for about €30 (takes around 3 hours). Seats are comfy, there are lots of electricity sockets and a decent food and drink cart on board. Even if you don’t need to take the train anywhere, pop into São Bento station for a look at the blue and white tiles.

Porto City Guide: Where to eat and drink

Actually lets start with what to eat. A Francesinha is a must (unless you’re vegetarian or vegan, then look away now)! A sandwich on thick white bread, traditionally filled with steak, ham and spicy sausage like chorizo, but there are loads of varieties. It’s covered in melted cheese and usually comes with a fried egg on top. Then, it’s drowned in a “secret sauce” which tastes a bit like a hot tomato soup, infused with Port, of course. You are encouraged to order chips on the side, then chuck them into the sauce. It’s the absolute king of hangover cures, but would also be great at the end of the night, or just have one for a late lunch like we did. Share one with a portion of fries unless you’re really hungry. 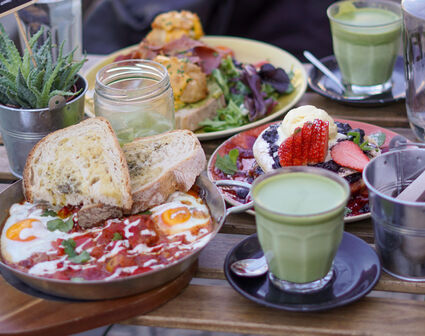 I’ve got nothing to say about Pastéis de Nata, because I can’t think of much worse than pastry and custard to be honest. But they’re everywhere, so if that’s your thing, I doubt you’ll have a hard time finding a decent one.

Breakfast/brunch/lunch is great at Zenith. Avo, eggs, pancakes, good juices and coffee, delicious sourdough and fancy cocktails. Try to get a seat outside on a nice day and make sure at least one of you orders Shakshuka (baked eggs). Delish!

Of course you’re going to want to try the famous namesake wine when in Porto. A white porto tónico cocktail is a nice alternative if the fortified wine is too sweet on its own for your taste. You’ll find it in most bars, Porto Tónico on Rua Candido dos Reis would be an obvious place to start.

Unfortunately Sandeman cellars were closed when I visited (but they’ve since re-opened) and Caves Calém had no tours in English at the right times, but you can usually walk in from the street to taste/tour. As mentioned about, we had a free taster at Porto Cruz with our river cruise ticket and only noticed their roof top terrace from high above in the cable car after. Would make a lovely spot for a little tasting or people watching. 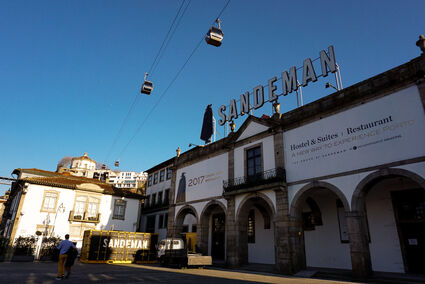 For gin, look no further than another imaginatively named bar, The Gin House also on Rua Candido los Reis. Gin Mare with rosemary is my recommendation! Around the corner, Livraria de Baixa makes a mean margarita.

Galeria do Largo does an impressive lunch deal, two courses for €12.50. I went for the traditional Portuguese meat soup starter followed by smoked salmon spaghetti with rocket. It’s at the end of Rua das Flores, where you’ll find lots of other restaurants, bars and cafés for casual snacks, al fresco dining and pre-dinner drinks.

You’ll find plenty of bars lining the river for sundowners and I often find just wandering around and getting lost down side streets is the best way to find small local bars that don’t have inflated tourist prices. You’ll come across traditional grocery stores to stock up on essentials too for a fraction of the price of bigger shops on busy streets and squares.

Other bits to know about visiting Porto