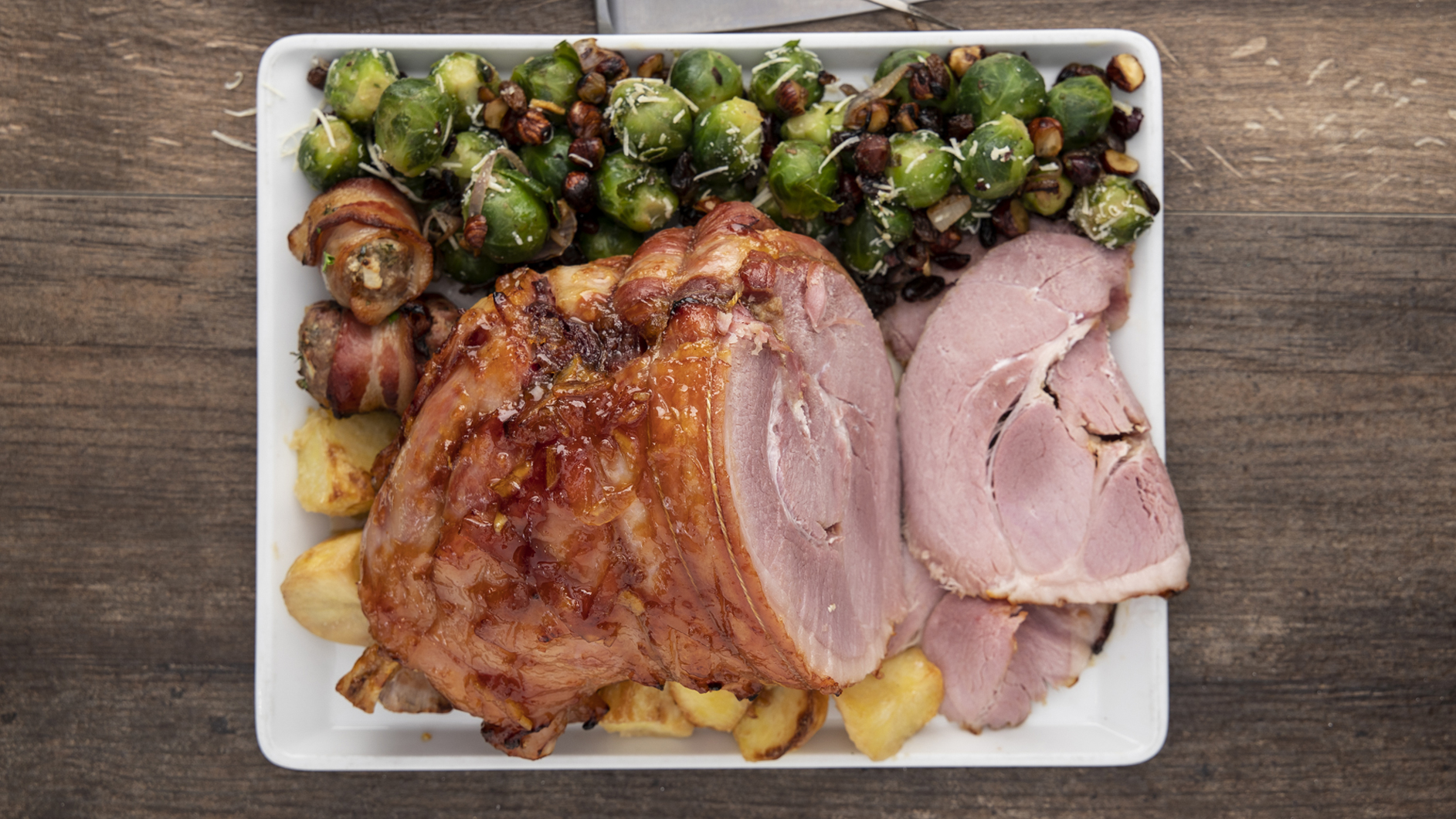 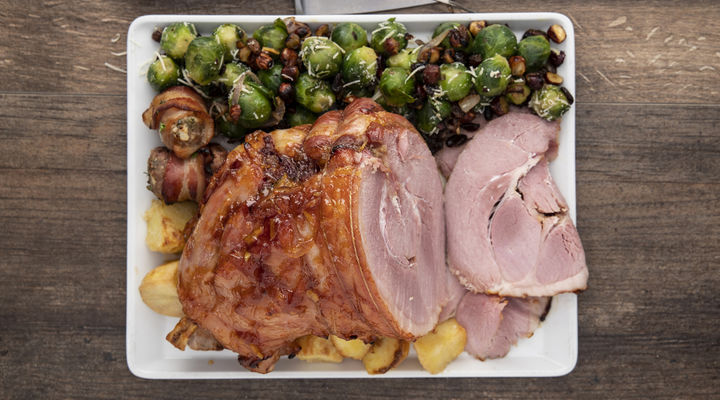 Step 1: On Christmas Eve Place the ham in a large heavy-based saucepan with the studded onion, carrot and bay leaf. Add enough water to cover the ham completely. Cover the pan and bring to the boil, then reduce the heat and allow to simmer, still covered, for about 3½ hours, or 20 to 25 minutes per 500g. Remove from the heat and allow the ham to cool in the cooking liquor in the fridge overnight.
Step 2: On Christmas Day
Preheat the oven to 160°C/gas mark 3. Combine the marmalade, brown sugar and honey in a bowl. Drain the ham and place in a roasting tray. Using a sharp knife, carefully remove the skin from the ham, then gently score the fat. Spread the glaze over the ham with the back of a
spoon.
Step 3. Cook in the oven for 15 to 20 minutes, until golden brown and heated through, then remove from the oven. Using a pastry brush, brush any missing spots on the ham with the glaze and let it rest for 20 minutes, loosely cover in a foil tent, before carving. Serve warm or cold.