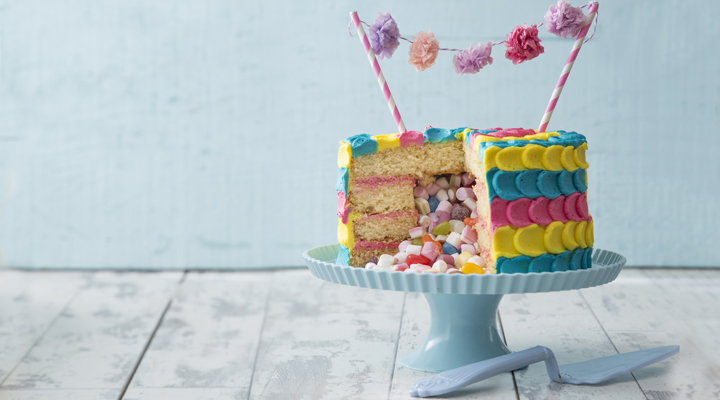 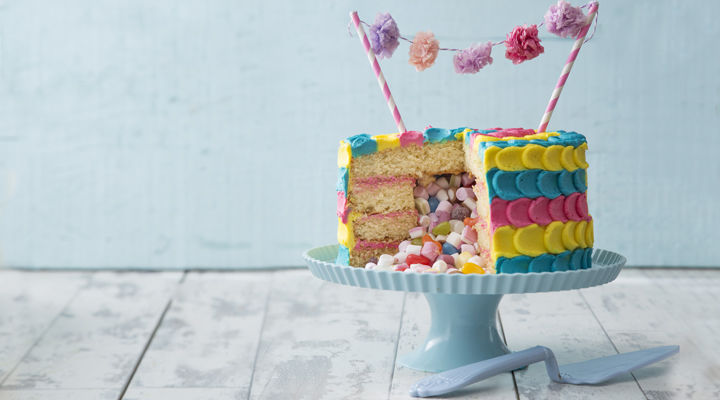 This is a really fun celebration cake with a surprise centre that is sure to wow your guests.

Fill the centre with fresh fruit like berries, grapes and pomegranate seeds if liked for a healthier alternative to sweets. Or at least a mix of fruit with the sweets can be fun but healthy too.