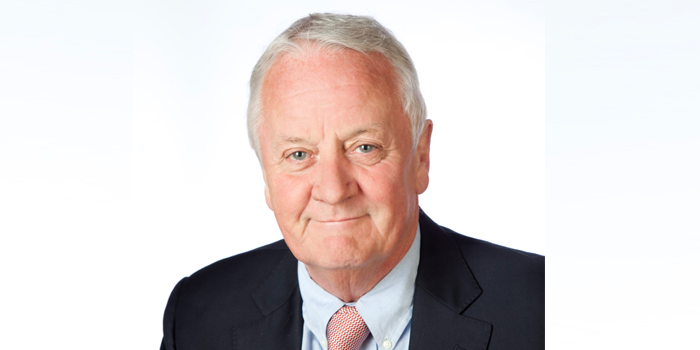 Oliver Carty is built on foundations of strong family values and fostering a business ethos based on honesty, trust and reputation. Oliver Carty’s philosophy is to form long standing relationships with customers and partners ensuring shared common values and goals; this approach has been paramount to their success in aligning with like-minded partners.

Established in 1950 Oliver Carty has evolved into a large scale professional outfit, the success of which can be attributed to a long-standing partnership with the Musgrave Group. Oliver Carty typifies the sort of supplier that the Musgrave Group seeks to engage with as part of their philosophy of supporting Irish businesses.  Since 1995 Oliver Carty has supplied SuperValu and Centra own label (butcher counter), pork, bacon and rasher requirements across all their stores.

Oliver Carty are approved under the Bord Bia Meat Processor Quality Assurance Scheme, licensed by the Department of Agriculture, Food and the Marine, have Grade A certification from the BRC Global Standard for Food Safety and are one of the first 50 companies in Ireland to join Origin Green.

The business is now into the third generation of Cartys with Oliver’s son Ted managing the business. Ted puts the success of the business down to quality assured Irish produce and hard work. “It’s our best in class products, underpinned by a strong work ethic amongst our 130 staff, attention to detail and championing 100% Irish Quality Assured Pork and Bacon products along with our desire to continually improve on our core range of products with new and innovative lines that makes our relationship with the Musgrave Group a success.”

Oliver Carty’s strong focus on innovation and new product development has enabled the business to adapt and quickly respond to changing consumer needs and habits.

The relationship with SuperValu has played a key role in the businesses’ growth and success to date since they started supplying SuperValu in 1995. Ted describes his business growing in tandem with SuperValu’s expansion as “the essence of a truly mutually beneficial partnership”.

So what does the SuperValu relationship mean in figures? Since the partnership began in 1995 Oliver Carty’s has grown from a turnover of €792k with 11 employees, to €44 million with 130 employees. However, Ted quickly adds that the relationship with SuperValu is about more than just numbers. SuperValu never forgot that there were “faces behind the figures” and they were always encouraging and helpful as the Carty family business strived to meet the chain’s ever growing demands. “We felt like we weren’t just a number to SuperValu and that they genuinely wanted us to grow as a business. Thankfully we are working with a very professional retail outfit that genuinely cares about its suppliers”.

SuperValu and Oliver Carty’s most recent collaboration is the SuperValu Signature Tastes Irish Hampshire Pork which launched at the National Ploughing Championships this year. Ted has described the launch of this range exclusive to SuperValu as “a fantastic boost for the Irish pork industry” and one he is delighted to be part of. “Working in partnership with SuperValu for over 20 years supplying their pork and bacon products this innovative initiative is about bringing a premium, quality Irish product to consumers at an everyday, affordable price. The range draws on traditional, time-honoured pig rearing techniques to deliver the very best in flavour.” For Ted; quality is key and that’s a focus shared by SuperValu, McCarren Meats and the pig farmer Luke Bogue who all make this partnership work so well.

In conjunction with Oliver Carty SuperValu Signature Tastes Irish Hampshire Pork is tested under the DNA Traceback Scheme which scientifically tests the origin of the pig to guarantee the breed. Oliver Carty is the first processor in Ireland to use DNA Traceback on pigmeat giving the ultimate assurance to SuperValu customers.

In line with their diversification strategy Oliver Carty established a value add ingredients company which supplies a product range of marinades, stuffing, crumbs, rubs, sauces and flavoured butters which are used at SuperValu butcher counters.

The SuperValu belief that business is not only about good value but also good community relationships is reflected in the value system of Carty’s own company, Ted explains. “We’ve always been actively involved in the community in Athlone" he says, adding his business gives significant support to the local hospice, sports clubs and schools.”

Ted sums up by saying that while his business is still growing that he never loses sight of the important fact that it is a family business based on family values and a sense of “Irishness” is at the cornerstone of his business – just like SuperValu.