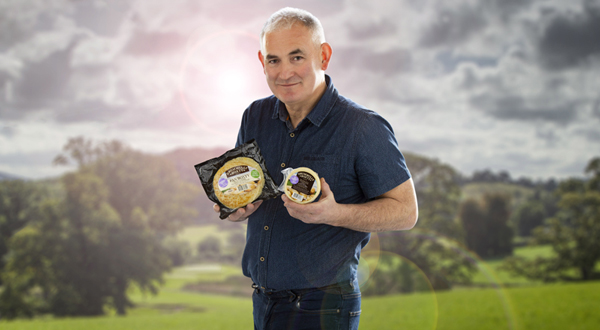 Recommended by coeliacs and slimmers.

Paul & Nan Farrelly have been making Drummully Boxty on Drummully Farm in Killeshandra, Co. Cavan since 1983. Back then Paul had been working on the buildings and lost his job and needed another income to support his farm. Paul and his mother decided to start making boxty and selling it to local shops. Over thirty years later their company is still going strong, distributing their unique product around Ulster, Connaught and Leinster. It has risen in popularity since then with customers all over the country enjoying this unique traditional Irish food.

Drummully Boxty Dumplings are made using only natural ingredients, potatoes and salt.
Boxty is a traditional Irish potato dish and dates back to the days of the Irish famine, where is was known as a peasant food and knows as “Aran bocht tí” or “Bacstaí” or poorhouse bread. Their recipe has been handed down through previous generations to reach your plate and give you a taste of traditional Ireland that we all long for.

Mother and son team were the first producers of gluten free Boxty, which is now a favourite for Coeliacs all over the region. Drummully Boxty dumplings are used and highly recommended by slimming groups all over the country, as it’s a syn free product which is a huge window to our customer base. A family favourite which is very versatile and accompanies many other products e.g. eggs and rashers and is enjoyed for breakfast, lunch and tea. For slimmer’s just use the one cal spray.

We are very fortunate to been part of the Supervalu food academy programme since 2014, which has been a huge drive for us to expand. It has been a very rewarding and positive experience. It’s a fantastic platform to progress and a brilliant opportunity to drive our business forward. The Supervalu Food academy programme has given us a huge incentive to promote our business and to grow. Our in-store tastings and local shows have been fantastic opportunities to promote our product and meet our customers and it has made us realise that people love to see the real people behind the product.

To cook simply slice finely and fry until crispy.

“Boxty on the griddle, Boxty in the pan, If you don’t eat Boxty
you’ll never get a man”