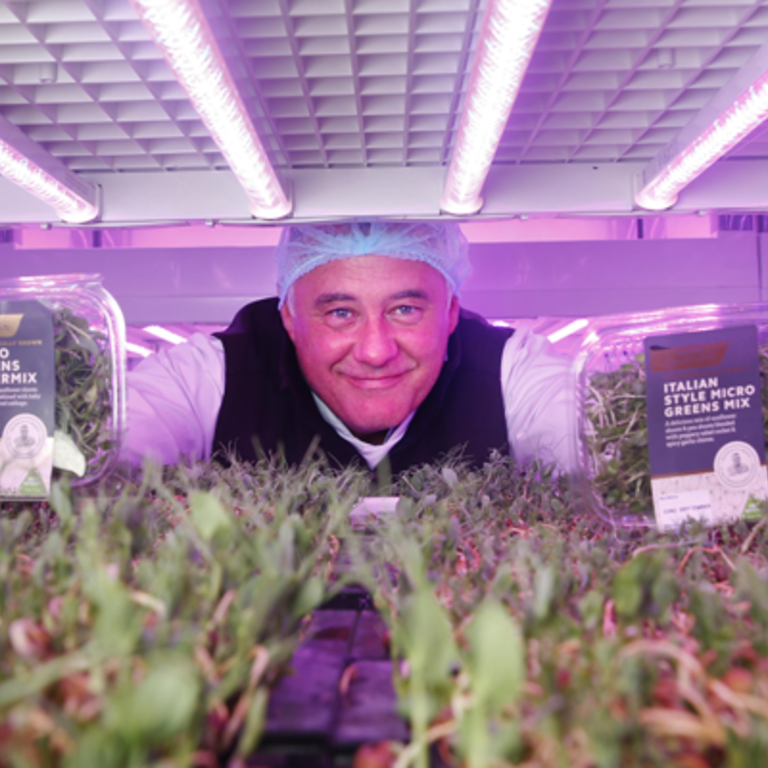 SuperValu is on a mission to help shoppers shop more sustainably

SuperValu has announced today the launch of two new hydroponically grown products grown right here in Ireland. SuperValu is the first retailer to bring vertically farmed hydroponic micro greens to market and the new products, available now on shelves around Ireland, are Signature Tastes Italian Style Microgreen Mix and Signature Tastes Microgreen SuperMix. Hydroponic vertical farming is an innovative farming method that allows greens to be grown in Ireland all year round whatever the weather, significantly reducing food miles and time between farm to shelves.

Hydroponics is the process of growing plants without using soil. In traditional growing, soil is a major source of nutrients for plants but with hydroponics, alternatives to those nutrients are directly fed to plants instead and so the use of soil can be removed completely and growing moved indoors.

In addition to the Microgreens the Signature Tastes Growing Pea shoots are also launching in SuperValu stores, these are also grown using innovative soil-free methods but are grown on a bed of compostable paper. The zero waste Growing Pea Shoots are a living product so customers can cut as much as they want and the plant keeps growing. SuperValu’s Signature Tastes Microgreens and Growing Pea shoots are sustainably grown and herbicide and pesticide free. As they have been grown in a soil-free environment which reduces strain on land-based resources, customers get great-tasting, nutrient rich greens with fewer negative impacts on the environment. The new products are already award-winning with the Signature Tastes Pea Shoots taking home the Chefs Larder Award and the Signature Tastes Italian Style Microgreen Mix winning a PLMA Salute to Excellence Award.

The environmental benefits of hydroponic vertical farming include:

Ian Allen, Managing Director, SuperValu, said, “We are delighted to be the first retailer in Ireland to introduce these new products to our customers around the country. Given the environmental benefits of vertical hydroponic farming we’re delighted to be able to offer customers locally grown options, where previously products would have to be transported from countries in warmer climates when they’re out of season. This is just one of our steps to becoming more sustainable and making positive environmental impacts in every community we operate in around Ireland.”

SuperValu will reduce its carbon footprint in Ireland by 70 per cent by 2025 and in addition to moving to sustainable packaging SuperValu is committed to operating all facilities with 100 percent green electricity and to sending no recoverable waste to landfill. Any food surplus in stores is sent to re-distribution charities so food waste is minimised as well as helping to alleviate food poverty.