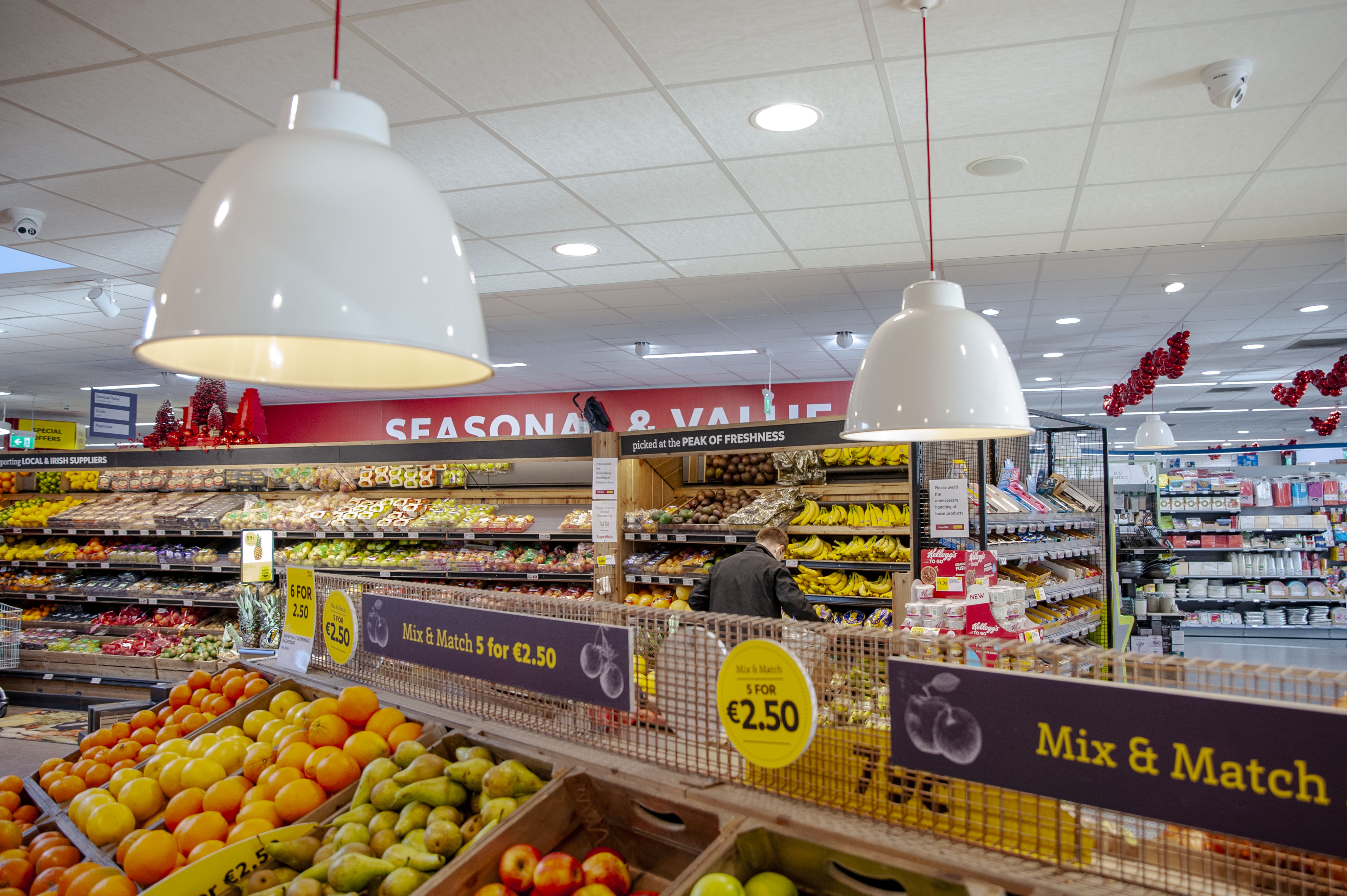 New LED lights, combined with green refrigeration units and solar panels on store roofs, has resulted in enough energy saved to power 22,890 homes in Ireland for a year

SuperValu, Ireland’s leading grocery retailer, has announced that it is to produce its light fittings for its network of 223 stores from recycled CDs using 3D Printing technology. As a result, its light fittings will have a 75% reduced carbon footprint for material supply & manufacturing, transport and end of life combined due to the lightweight nature and reduced number of parts compared to a traditional luminaire, which translates to a 35% carbon emission saving when shipping.

SuperValu has partnered with two Irish companies – Domus and Pro Light Design & Technology to rollout the recycled and 3D Printed Luminaires, with installations completed in 40 stores to date with a larger rollout to be completed this year. The rollout forms part of a broader set of commitments as part of SuperValu’s sustainability plans to make a real difference to people’s lives every day and creating a positive impact on communities and across Ireland.

The new light fittings combined with a broader rollout of LED lights across the SuperValu store network has delivered significant energy savings to date which, when combined with new environmentally friendly refrigeration units and solar panels installed on the roofs of a range of SuperValu stores, has resulted in enough energy saved to power 22,890 homes in Ireland for a year.

Key milestones that SuperValu will achieve as part of its sustainability strategy include:

SuperValu has kicked off a sustainability campaign, Sustainability Sundays, to share with the public updates on progress Ireland’s leading grocery retailer is making on its own sustainability plans. Every Sunday this year SuperValu will also share tips with customers on how to make small changes in their lives to become more sustainable and drive environmental change.

Commenting on their sustainability plans, SuperValu Managing Director Ian Allen said: “We are working hard to be more environmentally friendly, fundamentally rethinking everything we do from product packaging to how we design our stores. We have ambitious targets such as making 100% of the packaging for our Own Brand range recyclable, reusable or compostable by 2025 and reducing our carbon emissions to be net zero carbon by 2050.”

“Today’s announcement that we are changing all our light fittings to ones made from recycled materials such as old CDs is just one part of a bigger plan that we will be rolling out this year. We have already made real progress like changing our fruit and veg bags so that they are compostable and half of our stores running on green electricity generated from renewable resources. But we know that we have more to do and among our targets for 2021, we plan to increase the amount of loose produce we sell, install solar panels on more of our stores and reduce fleet emissions.”