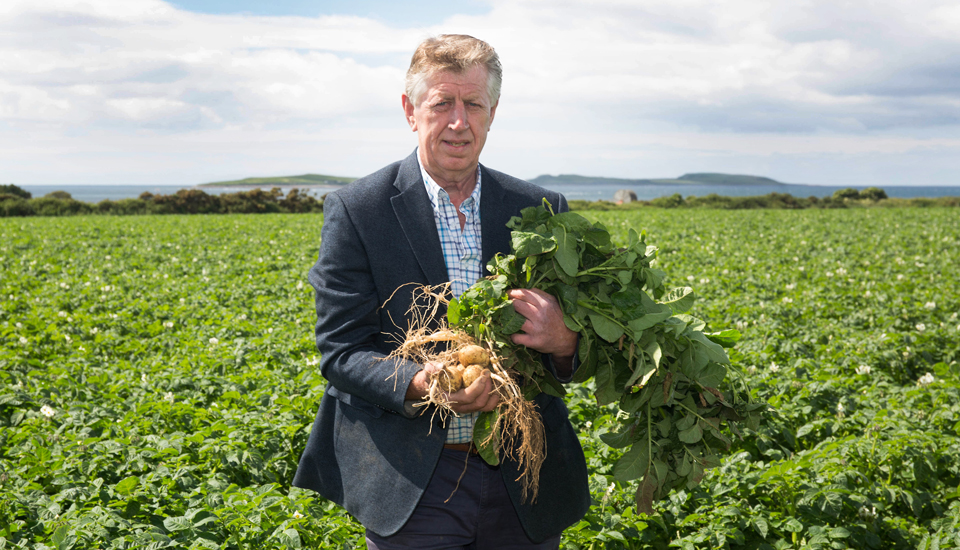 SuperValu, Ireland’s leading food retailer, forecasts that it will sell €2.5m worth of new Irish potatoes this year, as overall potato sales across its store network are set to reach €37m this year.

Demand for locally produced and sourced variants like Queens and Homeguards is growing this year and SuperValu forecasts that there will be a 10% rise in new potato sales compared to 2019 figures, which is reflective of consumers increasingly turning to homecooked meals.

SuperValu is expected to source approximately 150 tonnes of new season Irish potatoes during the summer season, and one of SuperValu’s main potato suppliers is K&K Produce, based in St. Margarets Co. Dublin.

Founded by Tommy and Deirdre Kennedy, K&K Produce is a second-generation operation, with five family members working across different areas of the business. K&K Produce has been supplying potatoes to SuperValu stores since the 1980s and currently supplies its delicious, locally-grown produce to SuperValu’s Own Brand new potato range.

Tommy Kennedy commented: “Working with SuperValu has allowed us to expand our company and we now employ 80 staff. We pride ourselves on sourcing homegrown Irish produce and our partnership with SuperValu is a perfect match, as they are real supporters of local producers and businesses.”

“We have also been quick to respond to evolving consumer trends and we were one of the first growers to introduce Baby Potatoes to Irish shelves. They have become a firm favourite with Irish shoppers and are now one of our most popular products. This is all thanks to our relationship with SuperValu, who have always supported healthy, nutritious and locally-grown food.”

Martin Kelleher, Managing Director of SuperValu said: “As the number one supporter of the Irish food industry, we are delighted to be bringing the best of Irish food to shoppers at a time when people are cooking at home more than ever before. By supporting suppliers like K&K Produce, customers can also take heart from the fact they are providing a boost to the local economy during these uncertain times.

“The Kennedys are longstanding suppliers to SuperValu, and we will continue to work with them and other growers to deliver that great Irish staple, the new potato, to our customers. To provide that additional bit of inspiration to show all the different types of meals that can be prepared with the humble spud, we are posting new recipes on a daily basis on SuperValu.ie.”