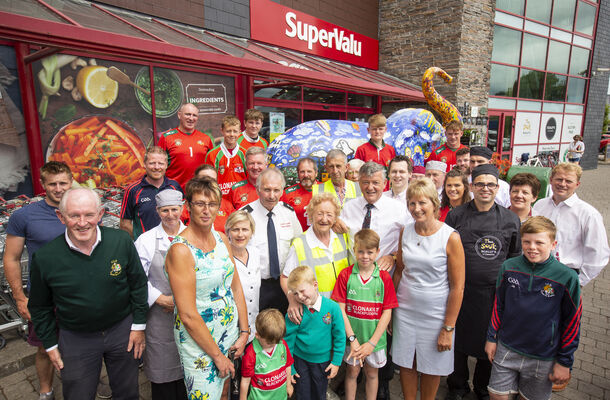 Led by Scally’s SuperValu Clonakilty under the guidance of AsIAm, the entire community is undergoing training to become more inclusive

23rd July, 2018: SuperValu, alongside local retailers Eugene and Catriona Scally of Scally’s SuperValu, Clonakilty is proud to announce the launch of an initiative to make Clonakilty Ireland’s first ever Autism Friendly town. Designed as part of the on-going partnership between Adam Harris, Founder of AsIAm and SuperValu, the four month journey will see businesses, organisations and community groups undergo training and organisational changes to ensure they secure full Autism Friendly Accreditation.

In 2015, Scally’s SuperValu in Clonakilty was thefirst retailer in Ireland to implement changes in-store that would ensure that members of the Autism Community could enjoy a better shopping experience. Fast forward three years, and a nationwide journey is underway with more than 100 SuperValu retailers taking the initiative to their own stores and communities.

Under SuperValu and AsIAm’s guidance, the town of Clonakilty have undertaken a commitment to combine the efforts of the entire community to become fully Autism Friendly – a first for anywhere in Ireland.

Over the course of the next four months Adam Harris, founder of AsIAm, and his team will be working with the entire community to receive official Autism Friendly Accreditation.

To do this the town as a whole must commit to delivering:

The town has already made significant headway in reaching those targets with a focussed steering group in place to ensure all deadlines are met and the adequate support is provided.

Speaking about the project, Catriona Scally, Scally’s SuperValu Clonakilty said, ‘Following the overwhelmingly positive response we received from the Autism community in Clonakilty, Scally’s SuperValu knew that there was more we could do to help. While this is an ambitious undertaking, we have the best in the country guiding us coupled with a community spirit and determination that is hard to beat.’

Speaking about the initiative, Adam Harris, Founder of AsIAm said, ‘We are constantly striving to increase awareness of autism and helping people understand ways in which they can be more inclusive for our community. This initiative is incredibly exciting and at AsIAm we are looking forward to working with SuperValu and the community of Clonakilty to make this a reality. The response has been overwhelming already and the energy in the town has blown us away. Through this initiative we are looking forward to mainstreaming autism and making big changes for the Autism Community.’

SuperValu Marketing Director, Des O’Mahony said, “At SuperValu our ambition is to build more inclusive communities across Ireland. Our work with AsIAm and Middletown Centre for Autism over the past year has opened our eyes to what we can do beyond the each and every store to ensure we use our unique position in the heart of Irish towns to make positive changes across the entire community. This is a project we are very excited about and proud to be supporting and we have full faith in Clonakilty to become Ireland’s first Autism Friendly Town.’

SuperValu is committed to raising understanding and awareness of autism among its customers and staff. With over 50,000 families in Ireland living with autism, those affected face barriers to inclusion because of the attitudes of people who may not have first-hand experience of autism.