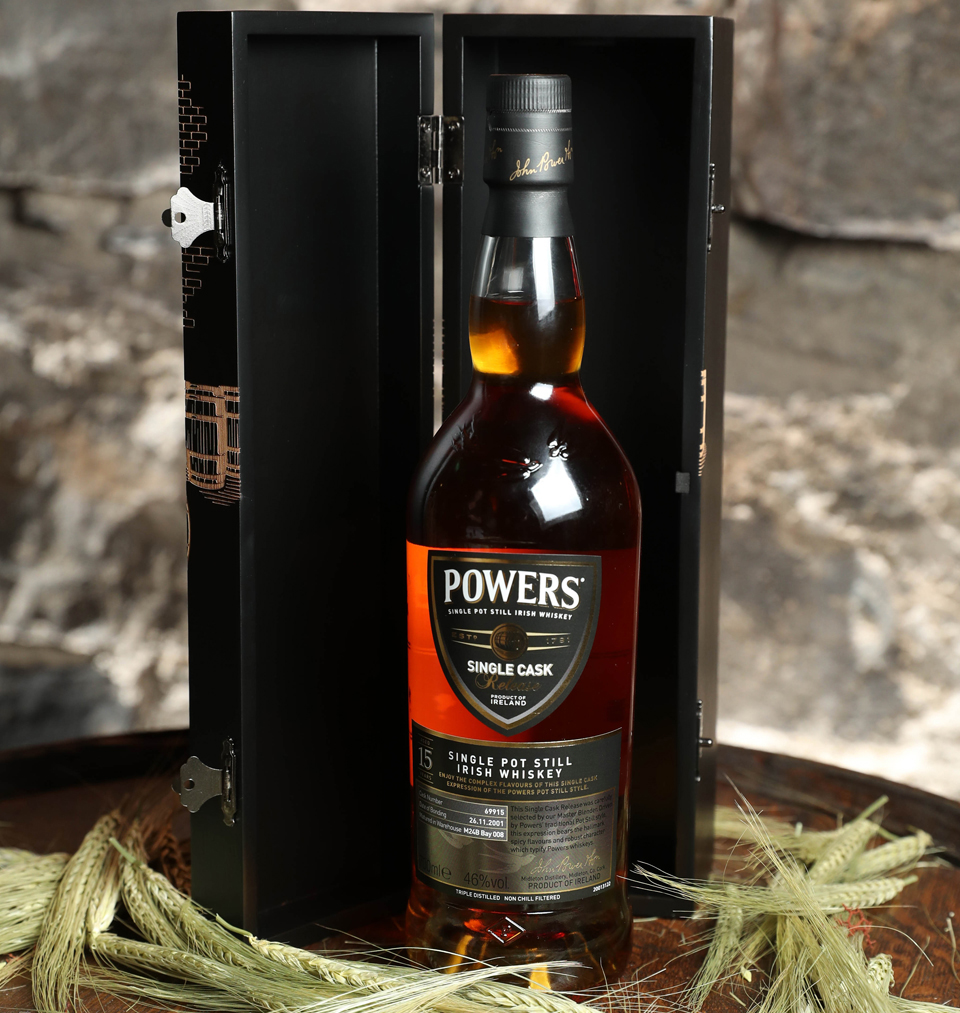 New to the market , this style of whiskey is unique to Ireland and regarded as the truest expression of Irish whiskey.  Bearing a 15 year-old age statement with hallmark spicy flavours, these two Single Cask Releases are complemented by the velvety mouthfeel which characterises great Pot Still whiskey.

Powers Irish Whiskeys are rich, round and full flavoured whiskeys with a distinctive taste which comes from the unique way all Powers whiskeys are made.  Triple distilled, Powers cut more from the top and tail of the second and third charges meaning only the purest heart of the distillate is captured.  This unique flavour is then maintained through slow and careful maturation in American oak casks which allow the distillate driven style to shine.  Non-chill filtered, the result is a powerful, spice and honeyed taste experience that is distinct to Powers.

Aged for a minimum of 15 years, the extra time in the wood gives these Powers Single Cask Releases an added maturity, subtlety and softness. Both retain the depth of flavour that is characteristically Powers, while revealing complex and layered, individual tasting notes.

Taste: Pepper and clove give way revealing a luscious mouth coating while the vanilla notes from the oak along with fresh fruits create a caramelised apple sweetness.

Finish: The sweetness slowly fades leaving behind some pleasant grains of barley to finish.

Nose: The distillate-driven character brings a spicy and perfumed note to the fore, developing into sweet fruits with toasted American oak notes throughout.

Commenting on the Releases, John Cooney, Off-Licence Trading Manager at SuperValu, said “We are delighted to bring these two Powers Single Cask Releases  to the shelves of SuperValu in time for Christmas. This is a time of the year when people are looking for a premium Irish whiskey selection and this limited-edition expression with just two casks available is a perfect buy for any whiskey buff.

Retailing at €200 per bottle, these Powers Single Cask Releases are available in selected SuperValu stores.