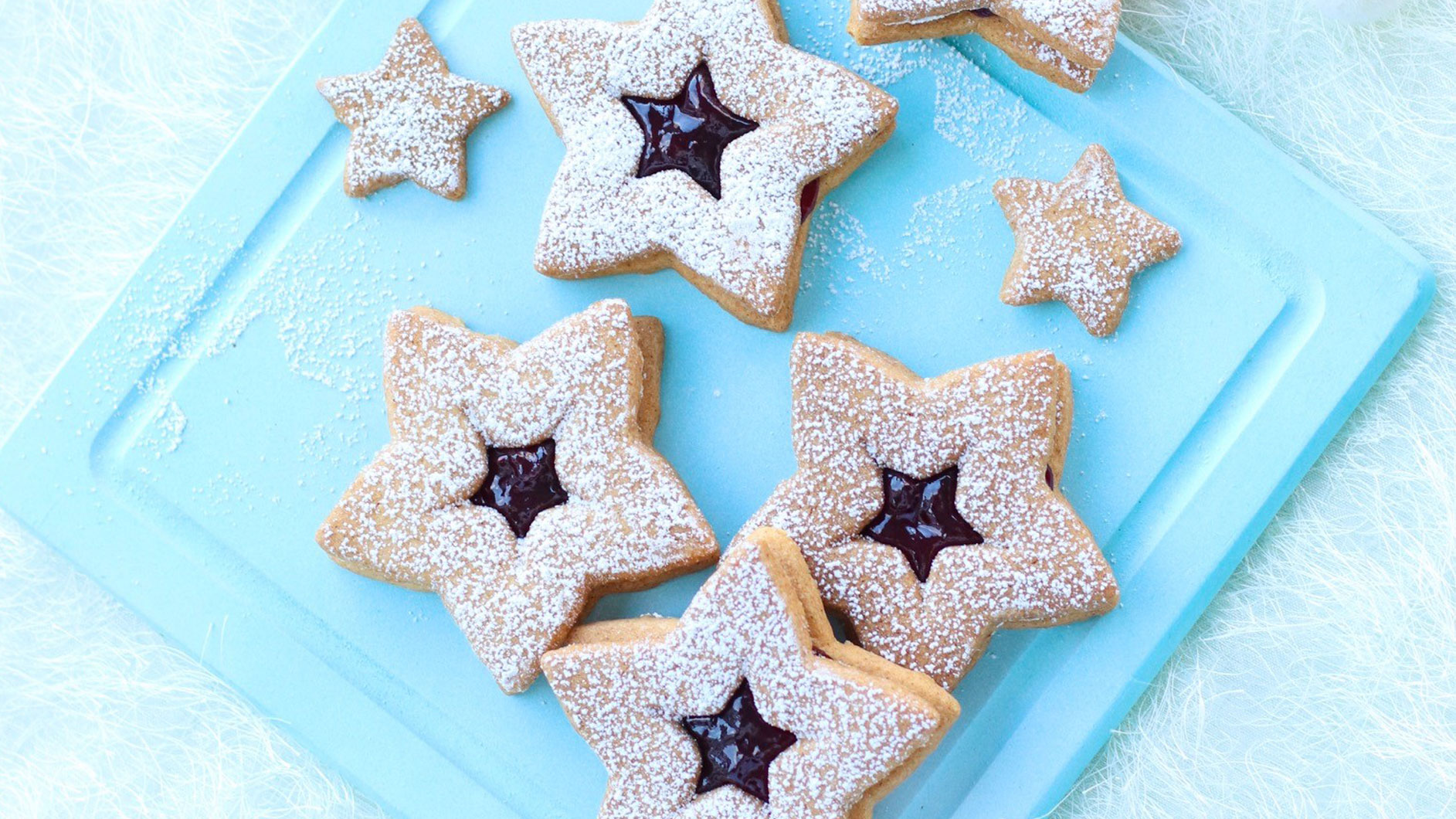 Jammy dodgers are always an impressive looking treat but relatively easy to make. Of course kids are going to love to be involved in making them, especially when it comes to the jammy centre. Use any shape stamper you like for the centre. They look equally good with a flower, square or even a circle as the centre.

1. Place the flour and butter in a food processor and blitz to fine crumbs. Blend the icing sugar through and then with the machine running, add the egg yolk and vanilla essence. Blend until the mixture comes together in a soft dough.

2. Dust a surface with a little flour and knead the dough into a smooth ball. Flatten it down into a disc shape, cover with cling film and refrigerate for about 30 minutes until firm.

5. Bake for 12-15 minutes until cooked through and lightly golden. Remove and leave to cool on the trays.

Tip: Use our strawberry, raspberry, blackcurrant or apricot jam instead of the conserve. Our own brand chocolate spread would be equally delicious too!