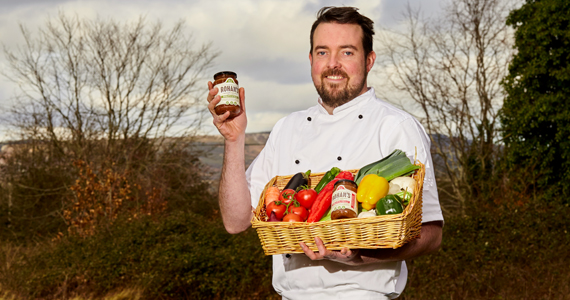 Rohan is a professional chef with many years’ experience in the culinary industry. Rohan graduated first in his year from professional cookery in DIT Cathal Brugha Street and went on to work in all forms of kitchens from fine dining restaurants to industrial catering.  In recent years, while feeding his own growing family, Rohan’s focus has shifted towards health conscious food that still tastes great. The idea for Rohan’s Sauces was created when Rohan noticed a gap in the market for a quick and simple way to pack more vegetables into your daily diet. When you look at the current range of available sauces, they offer little in health benefits and are often high in sugar, salt and oils. Simply by replacing your standard jar of sauce with one of Rohan’s Sauces, you reap all of the nutritional benefits of a vegetable rich diet without any extra effort.