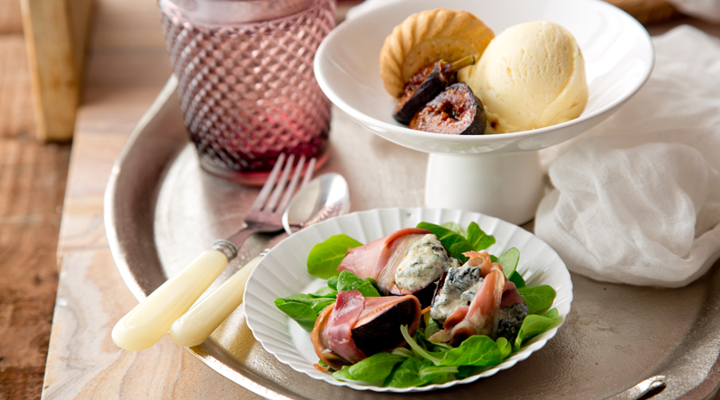 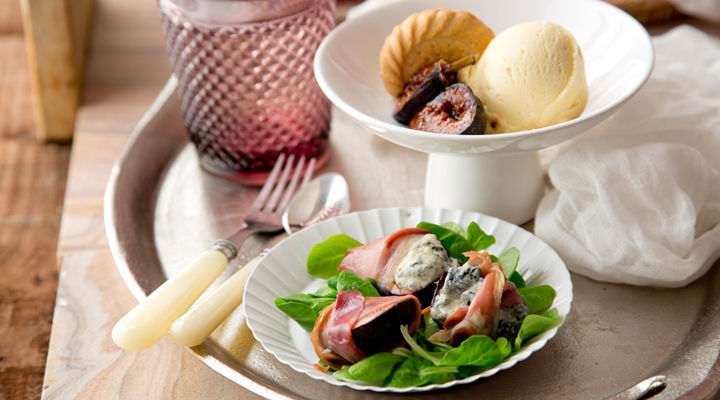 These delicious figs can be enjoyed as a savoury party starter or a sweet party dessert.

Figs with Gorgonzola and Parma Ham

Figs with Gorgonzola and Parma Ham

1. Preheat the grill to high.

2. Smear a teaspoon of the Gorgonzola onto each of the halved figs. Wrap each fig in Parma ham, but not too much – aim for one and a half layers for each halved fig.

3. Place the wrapped figs on a baking tray and place under the hot grill until the ham starts to crisp up. Serve four halves per person with the lamb’s lettuce dressed with a little balsamic vinegar.

1. Preheat the grill to high.

2. Place the halved figs on a baking tray and sprinkle with a little muscovado sugar. Place under the hot grill for anything from 5 to 10 minutes, until the figs are caramelised on top.

3. Serve three halves per person while the figs are still warm with a scoop of vanilla ice cream and a biscuit.